TechBriefs: On a Firefighter’s Jacket, a Self-Powered Tracking Sensor Takes the Heat

While firefighters already have plenty of equipment to carry into a burning building, a new button-sized sensor may offer critical tracking capabilities without adding too much to the load.

When worn, the fireproof detector determines the wearer’s movements and location – a potentially valuable function for emergency responders, steelworkers, and miners who operate in high-risk environments.

The sensor’s creators – from McMaster University, UCLA, and the University of Chemistry and Technology Prague – described their innovation this month in the journal Nano Energy.

The most exciting part is the ability to operate in an extreme environment. — Prof. Ravi Selvaganapathy

Placed on a boot or coat, the low-cost device powers itself, using a friction-generated, or triboelectric, charging mechanism.

Motion creates a pattern of constant contact and release to generate the power that the sensor needs to operate. The technology harvests electricity from movement in much the same way that a person in socks picks up static electricity walking across a carpet.

The wearable is fireproof, thanks to the material that it is made out of: a carbon aerogel nanocomposite.

The researchers have successfully tested their device at temperatures up to 300 °C – the temperature where most types of wood begin to burn – without any loss of function.

The team currently seeks a commercial partner, to put the sensor in the hands – or on the garments, in fact – of users who could benefit the most from the technology, like first responders.

"If somebody is unconscious and you are unable to find them, this could be very useful," said Ravi Selvaganapathy, a McMaster professor of mechanical engineering who oversaw the project. "The nice thing is that because it is self-powered, you don't have to do anything. It scavenges power from the environment."

Selvaganapathy spoke with Tech Briefs about how he envisions the sensor holding up in the most extreme conditions.

Tech Briefs: How does the sensor work?

Prof. Ravi Selvaganapathy: The sensor works by this principle of triboelectricity, which is contact-friction-based electrical charge generation. Any movement or contact leads to generation of electrical charges, which can be stored, and that signal can then be used as a way to measure movement. Using the signal, we can differentiate between walking, running, and sitting still.

Tech Briefs: What are the weaknesses of traditional triboelectric motion sensors?

Prof. Selvaganapathy: These sensors were capable of operating at normal temperatures and conditions, but they would degrade and fail when the temperature was elevated in the case of extreme environments. This new material that was developed, which is annealed at 800 °C or so, in order to make it into a porous carbon aerogel form, was ideal because a student recognized that the material could be capable of generating charges and triboelectrical behavior, and therefore could be applied in these kinds of extreme environments.

See how a humanoid robot named Manny spent a lot of the '80s being shot with a flamethrower.

Tech Briefs: Take me through an example of how this could be used to track someone.

Prof. Selvaganapathy: You could take the sensor and put it on to a garment or a wearable – on the underside of a boot for example, or in the armpits of the clothing that the person is wearing, any place where there is contact happening. It generates these signals.

You could then potentially couple it with a passive antenna setup, and that is going to constantly generate power and transmit periodically at the frequency with which the signal is being generated. That could be then read to some form of near-field communication 10-20 meters or so away. You could have an antenna which then monitors the signal on a continuous basis.

Because the sensor, which is the part that will be facing outside, is temperature resistant, the sensor will continue to function even when the surrounding temperatures are going to be fairly high. This will keep on sending signal as long as movement is present. Once the movement stops, the signal dies away, and at that point, you know that the person is not active, and therefore you could send in a rescue. 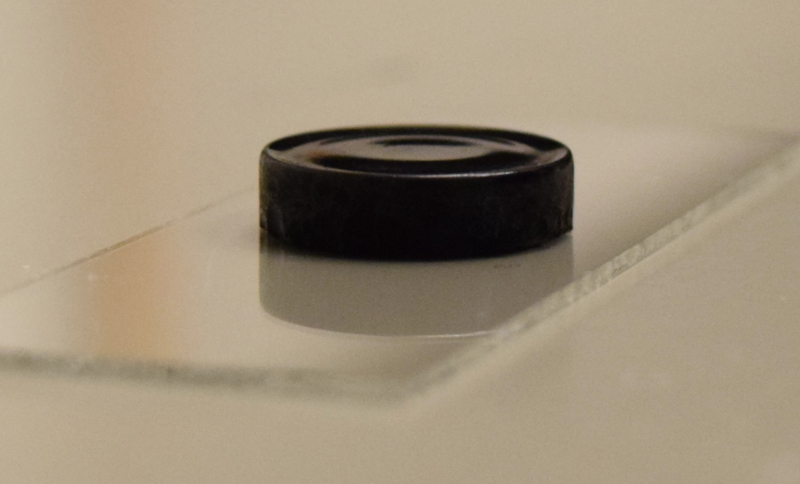 Prof. Selvaganapathy: The range is a legitimate concern and has to be based on the application in mind. These sensors may be suitable for individual home-type environments, but not for large buildings. There are several approaches to take for longer range. A larger area of the triboelectric material would be useful to generate sufficient power for longer range transmission. Alternatively, the addition of a charge-storage device, such as a super capacitor which can also withstand high temperature, can also help. These are interesting problems to address for the next phase of research.

Tech Briefs: What is most exciting to you about this sensor?

Prof. Selvaganapathy: The most exciting part is the ability to operate in an extreme environment. These kinds of porous materials, of carbon aerogels, are triboelectric in nature and could be used in these conditions. Ultimately, we would like to see these sensors deployed in the environment and potentially saving lives.