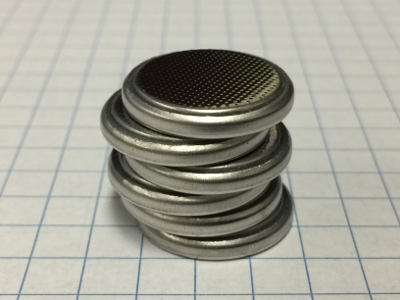 Supercapacitors possess excellent abilities to store charge and discharge. However, they are usually made using expensive and highly inflammable organic electrolytes, which limits their widespread applications.

But scientists from the US and Egypt have now devised a simple technique that helps manufacture efficient supercapacitors at lower costs. The supercapacitors were created by treating activated-carbon-coated electrodes with laser, using a cheap water-based electrolyte.1

“These supercapacitors have the ability to recharge in seconds instead of hours and can perform at low temperature, making them potentially useful for back-up power systems, flash cameras and electric vehicles,” says Maher El-Kady, one of the study authors from the Cairo University, Egypt.

Laser treatment, applied by the scientists, forms tiny trenches on the electrodes –– a good way for storing electrolyte for effective charging and discharging. This, in turn, reduces the distance over which the ions in electrolyte move during the charge and discharge processes, resulting in high charge-storing capacity and low internal resistance.

After 7,000 cycles of charge and discharging at a specific current density, the laser-treated supercapacitors retained 80% of their original charge-storing capacities –– eight times higher than traditional supercapacitors.

Touted as the ‘next-generation supercapacitors’ by its makers, they can be made in air without the need of any special dry rooms or glove boxes, and only using standard laser-cutting tools that are widely utilized in industry, the researchers say.