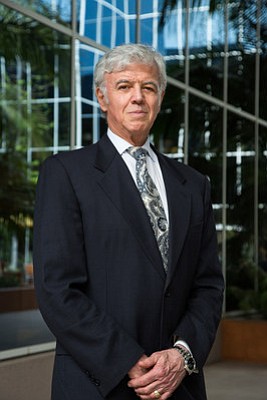 The company founded by physician-entrepreneur Dr. Jack Kavanaugh and two UCLA scientists sold $3.4 million in securities to 29 investors during a $4-million stock offering, according to a Securities and Exchange Commission filing.

Nanotech Energy, which bills itself as “the world’s top supplier of graphene, graphene oxide and graphene superbatteries,” has a manufacturing plant in Chino, according to its website.

The research-and-development company was launched in August 2014 by Kavanaugh, who serves as its chief executive, and Richard Kaner and Maher El-Kady of the California NanoSystems Institute at UCLA.

Its hybrid supercapacitors, based on a layer of pure carbon one atom thick, can recharge quickly for use in smart phones, implantable biomedical devices or wearable electronics.

Kavanaugh is also chief executive for Arrogene Inc., a biotech firm that develops nano agents based in West Hollywood.

He has founded and led numerous biotech companies, including ZetaRx Biosciences Inc., whose terminal cancer therapy became the core of Juno Therapeutics Inc., with a market cap April 3 of $1.1 billion.