HAMILTON, March 1, 2019 - McMaster researchers, working with partners at other universities, have created a motion-powered, fireproof sensor that can track the movements of firefighters, steelworkers, miners and others who work in high-risk environments where they cannot always be seen. 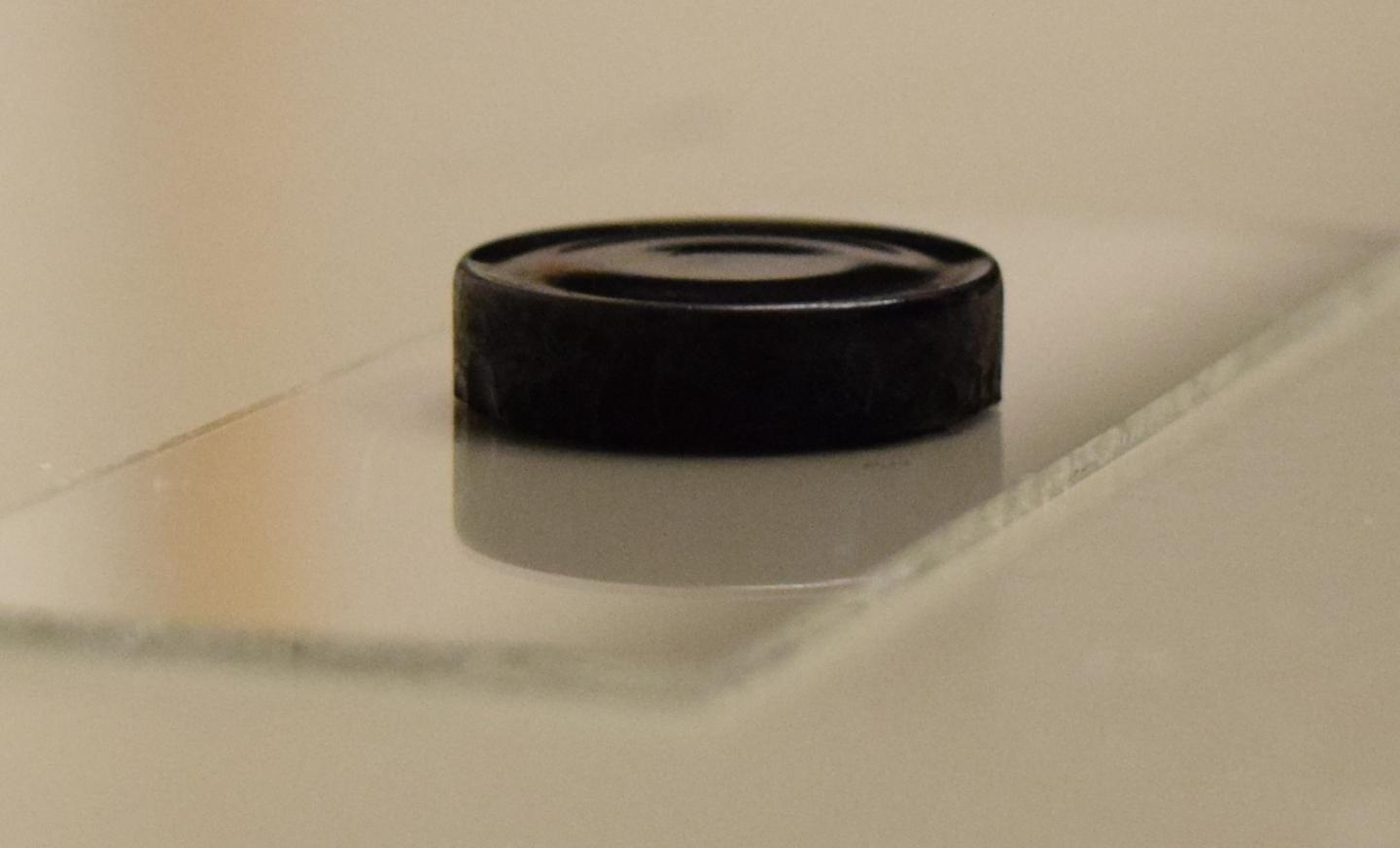 McMaster University researchers, working with colleagues from other institutions led the development of a self-powered, fireproof sensor to track the movements of firefighters and others who work beyond the line of sight in high-risk environments.

The low-cost sensor is about the size of a button-cell watch battery and can easily be incorporated into the sole of a boot or under the arm of a jacket - wherever motion creates a pattern of constant contact and release to generate the power the sensor needs to operate.

The sensor uses triboelectric, or friction-generated, charging, harvesting electricity from movement in much the same way that a person in socks picks up static electricity walking across a carpet.

The sensor can track the movement and location of a person in a burning building, a mineshaft or other hazardous environment, alerting someone outside if the movement ceases.

The key material in the sensor, a new carbon aerogel nanocomposite, is fireproof, and the device never needs charging from a power source.

"If somebody is unconscious and you are unable to find them, this could be very useful," says Ravi Selvaganapathy, a professor of mechanical engineering who oversaw the project. "The nice thing is that because it is self-powered, you don't have to do anything. It scavenges power from the environment."

The research team - from McMaster, UCLA and University of Chemistry and Technology Prague - describes the new sensor in a paper published today in the journal Nano Energy.

The researchers explain that previously developed self-powered sensors have allowed similar tracking, but their materials break down at high temperatures, rendering them useless,

A self-powered sensor is necessary in extreme heat because most batteries also break down in high temperatures. The researchers have successfully tested the new technology at temperatures up to 300C - the temperature where most types of wood start to burn - without any loss of function.

"It's exciting to develop something that could save someone's life in the future," said co-author Islam Hassan, a McMaster PhD student in mechanical engineering. If firefighters use our technology and we can save someone's life, that would be great."

The researchers hope to work with a commercial partner to get the technology to market.