ACM News: The Potential to Provide More Power For Portables 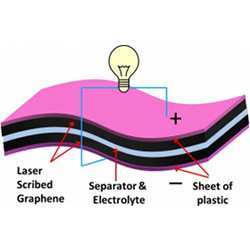 As the electronics inside smartphones and other portable electronics continue to grow more complex, they put increasing demands on batteries, which run out of electricity faster, often bringing life and business to a halt.

Commercially available batteries can store a lot of energy, but they take a long time to charge; they also are bulky and inefficient compared to other options. One of those options is supercapacitors, components that charge much faster than batteries and release hundreds of times more energy than their less-powerful cousins, capacitors. However, supercapacitors store far less energy than conventional batteries, making them unable to power consumer electronics...for now.

Breakthroughs in how supercapacitors are manufactured might change that. A material called graphene 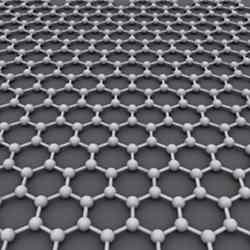 , which is an allotrope of carbon, could unlock the potential of supercapacitors to power consumer electronics, leading to smartphones, tablets, and computers that charge in seconds.

The Promise of Graphene Supercapacitors

generate and store energy electrochemically; energy is generated or stored as lithium ions travel between a battery’s high-energy anode and low-energy cathode. This is a slow process, which is why batteries take hours to charge. In addition, the chemical reactions inside the battery that release stored energy degrade the power source’s internal components over time, so batteries eventually need to be replaced.

, on the other hand, generates and stores electricity on the component’s two plates (which are separated by an insulator). The storage capacity of capacitors is measured in farads; each farad is the capacitance of a capacitor across which, when charged with one coulomb of electricity, there is a potential difference of one volt. Capacitors range in capacity from a few pico-farads (trillionths of a farad) to microfarads (millionths of a farad). A supercapacitor has a similar structure and function, but has plates with much larger surface areas and thinner insulating material, which provide performance with many times greater efficiency than that of standard capacitors (supercapacitor capacities are measured in full farads). Also, unlike batteries, supercapacitors do not degrade with repeated use.

That might be possible thanks to graphene, a compound that has an even higher surface area than activated carbon. Graphene is relatively easy and cheap to produce, and is lighter than activated charcoal. Those benefits have several parties investigating its usefulness in supercapacitors.

Researchers at the University of California, Los Angeles (UCLA) California NanoSystems Institute have used laser-scribed graphene to create a "hybrid supercapacitor" that "stores large amounts of energy, recharges quickly, and can last for more than 10,000 recharge cycles," UCLA reported in April. The team behind the supercapacitor, led by materials science professor Richard Kaner, combined graphene with manganese dioxide to produce a component that reportedly stores as much energy as a lead-acid battery (the type used in gas-fueled cars and trucks).

Kaner and his team also created a "micro" version of the supercapacitor that is thin enough for use in small devices or wearables. The microsupercapacitor holds twice the charge of a thin-film lithium battery. UCLA reports the microsupercapacitor is "one-fifth the thickness of a sheet of paper." Because of its size, potential applications are diverse; Kaner suggests it could be used to power a bandage that releases drugs into the body or monitors vital signs, or in wearable technology embedded in clothes, or even under the skin.

In parallel to the UCLA team’s efforts, a team led by Chengxin Wang at Sun Yat-sen University in China achieved a breakthrough in graphene synthesis that could pave the way for commercially available supercapacitors of any size. According to Phys.org, Wang and his team successfully synthesized transparent graphene paper, which can increase the storage capabilities of supercapacitors almost 1,000 times thanks to its unique shape, achieved using a process called microwave plasma-enhanced chemical vapor deposition. The gain in performance was compared to "laminated or wrinkled chemical vapor deposition graphene-film-based supercapacitors," Wang explained. His supercapacitors, however, do not outperform some carbon-based supercapacitors already available.

Should scientists like Kaner and Wang commercially deploy their technological breakthroughs, that could soon change—and usher in the days of near-instant electronics charging.

Logan Kugler is a freelance technology writer based in Tampa FL. He has written for over 60 major publications.